Only three jurisdictions (Vic, Qld and ACT) allow learner riders/drivers to travel at posted speed limits. Only four jurisdictions, the three mentioned previously plus WA, allow P drivers/riders to travel at posted speed limits. Such a requirement by novice vehicle controllers has the potential to endanger their lives and put at risk the lives of their passengers.

It is unlikely that a differential speed imposed on a novice rider would be apparent in an urban area where the maximum speed is unlikely to exceed 80km/h. All novice riders in Australia are allowed to ride to 80km/h.

Limited speeds imposed on learners, and, to a lesser extent P riders on freeways, will slow other vehicles, cause frustration, and result in antisocial behaviour in driving too close to the learner/P rider by the impacted drivers, particularly those in heavy vehicles. This would then, in general terms, interfere with the free flow of traffic.

On single lane country roads, the restricted allowable speeds of novice riders, especially learners, will slow other vehicles and restrict the smooth flow of traffic. Intimidation by frustrated drivers is highly probable with the possibility of dire consequences for novices who lack the experience to deal with such situations. In addition, closure rates are very hard to judge when approaching a point source, thus rear end collision becomes a high probability for novice riders who in some jurisdictions are limited to quite small machines.

It seems somewhat bizarre that, if the letter of the law is followed in those jurisdictions with speed limits for novices, and a rider is not permitted to ride at posted speed limits until granted a full licence, then upon the granting of that full licence, that rider, inexperienced in riding at the posted speeds has the potential to be a danger to all road users..

For there to be National conformity among the States of Australia regarding the standardization of laws relating to novice riders/drivers at posted speeds.

For all novice riders in Australia to be allowed to ride, where practicable, at posted speed limits in order to reduce the obstruction they may create and to reduce the probability of intimidation and danger to themselves that may occur as a result.

For learner riders to be appropriately skilled in riding to posted speed limits as part of the learning process, not something that suddenly becomes possible on being granted a full licence.

For all novice riders to be declared competent to ride at posted speeds before the granting of a full licence.

For all riding instructors to be confident their students can competently ride at posted speeds before the granting of a full licence, and their respective duty of care responsibilities.

Development by the AMC and supported by the ATSB, of a uniform approach by MRAs, MCCs or equivalent, to their relevant jurisdictions, to remove differential speeds for novice riders.

Draft a letter to State licencing authorities to include clauses relating to the granting of a full licence to riders upon demonstrated competency in riding to posted speeds.

To alert all rider trainers to the importance of demonstrated competency in riding to posted speeds by learner riders before recommending they be granted a full licence, and the Duty of Care aspects associated with that recommendation. 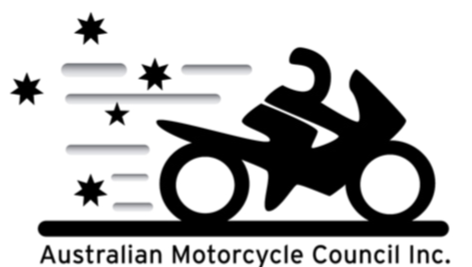